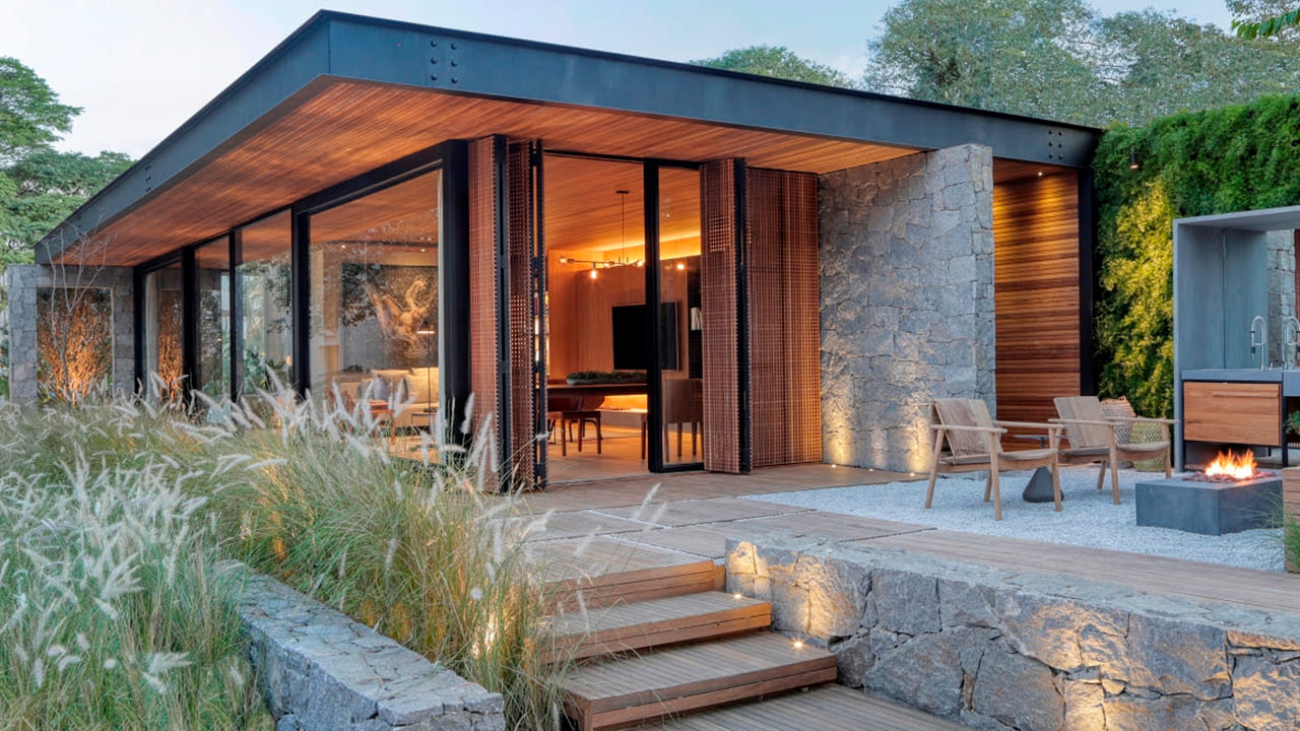 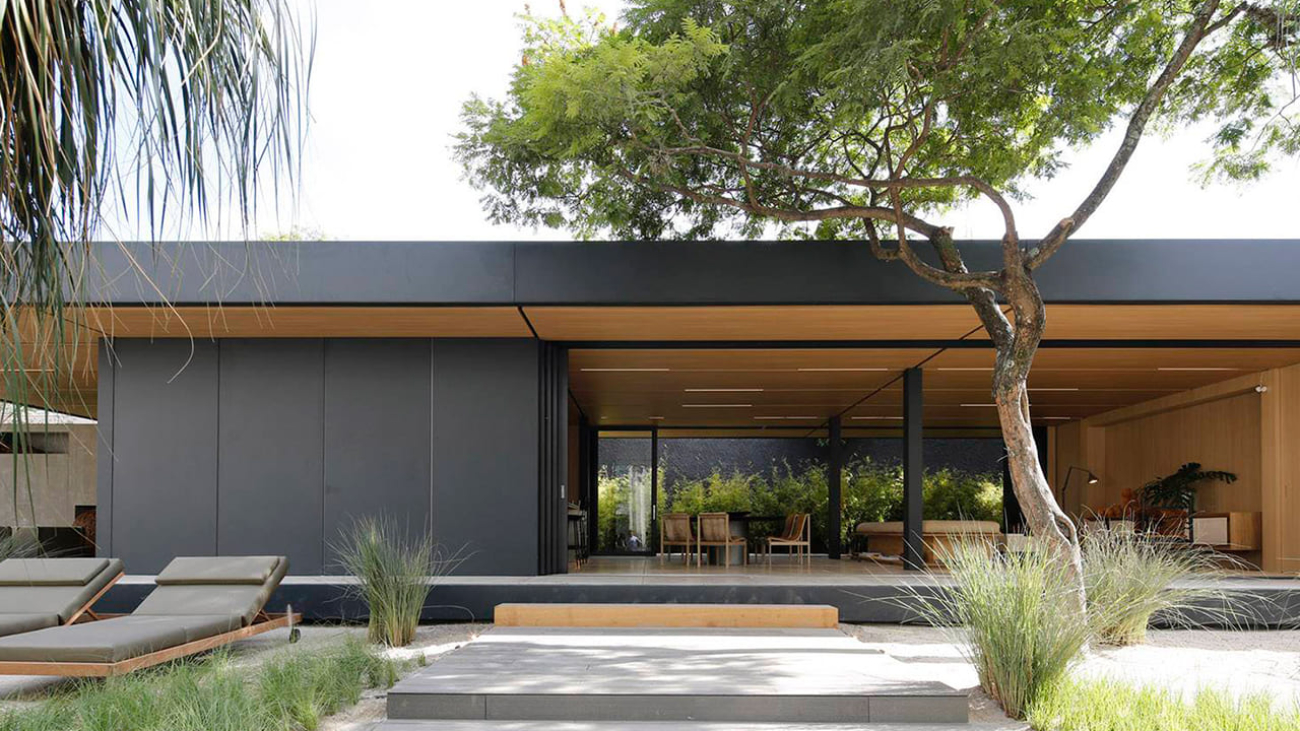 You may not have heard much about industrialized modular homes. However, you certainly know that building more in less time is a huge challenge, right?

The difficulty becomes even greater in view of the need to guarantee predictable costs, high quality and sustainability.

In addition, you may also have seen many experts comment on the urgency of abandoning artisanal production methods. In Brazil and in the world, the tendency is to put aside the traditional construction, which is labor intensive, has long execution times, inaccurate budgets and still generates delays, higher than expected costs and waste.

If you want some references, I can mention two:

The first is the engineer and consultant Luiz Henrique Ceotto (ex-Inpar and Tishman Speyer). In an exclusive interview with Buildin, he stated that “the low productivity and the variability in the quality of Brazilian civil construction are directly associated with artisanal construction”. That is, it is necessary to invest more and more in civil engineering.

Who also defends industrialized and modular construction is the engineer and consultant Jonas Medeiros, director of Inovatec and CEO of Cubicon. According to him, “this is the only way to break the cycle of technological backwardness we are currently experiencing”.

Modular houses emerged as a response to the need to rationalize resources and increase construction efficiency.

However, it is necessary to understand the cost issue and all the benefits inherent to modular houses in a broader way to arrive at an answer to this type of question.

After all, when talking about this house type, we think of industrialized buildings assembled from modules. These, in turn, are produced industrially and under strict methods of production control.

By itself, this is already an indication that modular houses tend to have a lower incidence of constructive pathologies. In other words, the cost of maintaining modular homes is generally much lower. This is due to the fact that, since the conception, there is a concern with the way all interfaces existing in the building will be processed.

More than this, these interfaces are previously tested in the laboratory and, thus, have guaranteed performance. In other words, there are no improvisations at the construction site. Likewise, the quantities of materials and components to be consumed are accurate and previously known.

With this, there are no additional costs that may surprise manufacturers, assemblers and customers. In addition, because they are less dependent on labor — and on all their productivity variables — the modular houses provide more predictability with respect to deadlines.

The construction of modular houses does not present, for example, cost variability.

The indirect costs are lower and there is total predictability.

Considering all these associated factors, it is possible to say that modular houses can be cheaper than the conventional ones, as long as there is scale, an important condition for obtaining productivity gains in an industrial process.

Industrializing is a trend with a view to gaining productivity

According to Turner and Townsend’s study  Turner and Townsend, the expectation is that this construction type will increase globally by 6% by 2022. In Sweden, about 84% of the houses built are already modular. In the case of this Nordic country, the components essentially used are made of wood.

For Brazil, the construction industrialization is one of the main points for reducing the housing deficit of more than 7.7 million homes.

Why invest in modular construction?

It is a final product with pre-tested and guaranteed performance;

Substantial reduction in lead times and overall cost. The modular construction is less susceptible to climatic factors, since each module manufacture takes place in an industrial environment (off-site);

Better cost and term predictability. The standardization ensures that the house can be built with high efficiency, with clear steps and processes.

Significant reduction of direct labor at the constructon site and use of specialized assemblers and, consequently, reduction of insurance and legal liabilities;

Generation of better quality jobs. In other words, much of the work moves from the construction site to be carried out in an industry;

Reduction of post-construction and maintenance costs.

More sustainable production processes. Considered as a clean construction, the modular construction reduces the debris generation and the waste of materials by up to 80%. 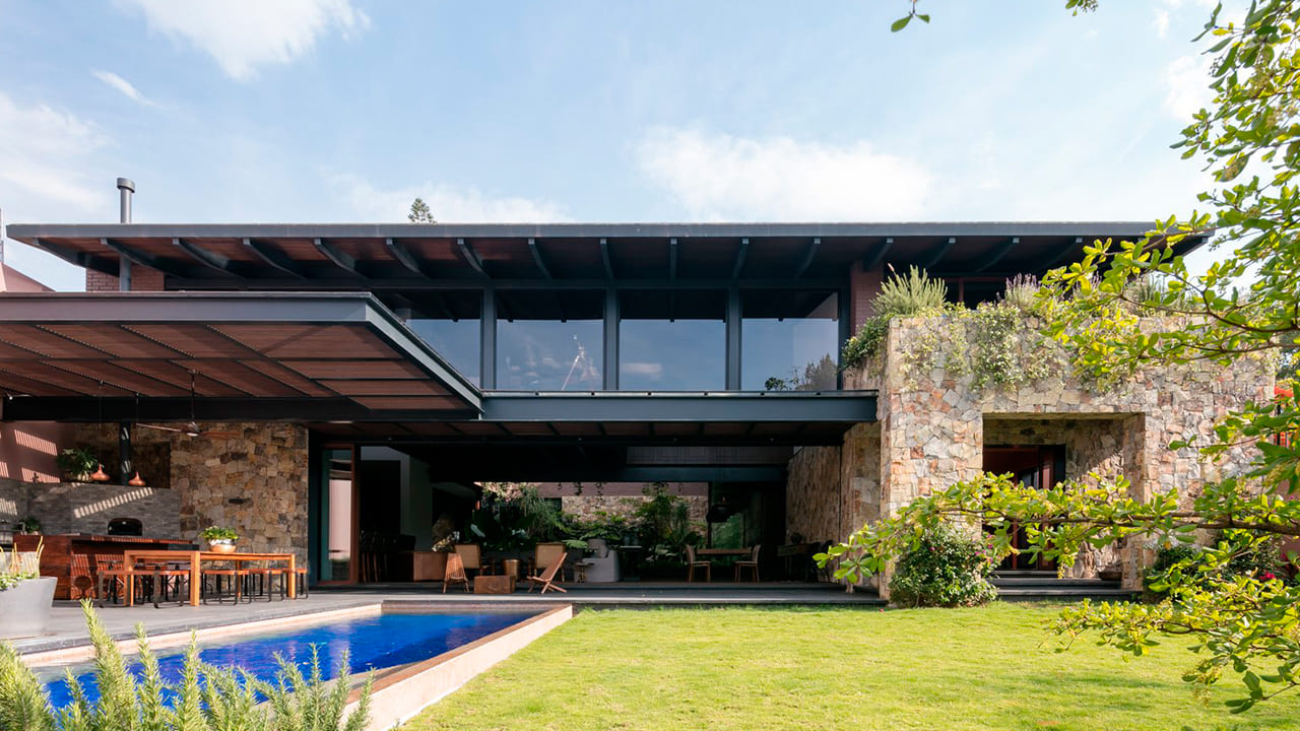 In civil construction, when we talk about optimizing operations, increasing safety standards and adding more quality to projects, the concept of modular construction has become increasingly popular and recurrent among investors.

According to the international construction market survey, this construction type will be 6% more common worldwide by 2022.

Next, understand the concept used in a modular house, its differences from the traditional constructions, the main benefits and how information modeling tools are contributing to the advances in the sector.

What is modular construction and how does it work?

As its name implies, the modular construction process takes place through individual modules, which are manufactured on standardized assembly lines and only assembled at the construction site.

Benefited by the deadline control guaranteed in the industrial environment, the manufacture can be carried out from standard raw materials, such as concrete, steel, wood, in addition to the new materials that make up the trends of civil engineering for 2021.

Far beyond the concept of a modular house, entire buildings are constructed using this technology, as well as luxury homes, residential complexes, hospitals and other large buildings.

While traditional works are done on the site from scratch, the construction built in modules can have concurrent operations. For example, a good part of the pieces can already be built at the beginning of the schedule, without the need to wait for the ground to be prepared.

What makes investment in modular construction ever greater is precisely this possibility of reducing the execution time by half, in addition to total control of the processes.

What are the main benefits of this technique for the sector?

The industry 4.0 is the main trend in the contemporary market, and the construction companies that want to add competitiveness in the face of challenges need to use new technologies in the field.

In this scenario, the first benefit that stands out in modular construction is the quality guarantee attested by the standards, practices and supervision routines kept in a closed environment, which are generally more rigorous and easily controllable.

In this sense, the Occupational Safety area is also optimized, since approaches such as the Hazards and Operability Study can be employed with greater engagement, and there is less exposure to external weather conditions.

Even though coordinating internal and external teams simultaneously seems challenging at first, the gains in terms of schedule control, safety, quality, in addition to cost reduction, are extremely greater and overlap any problems of this nature.

Another point that must be mentioned is the sustainability that a modular house or other type of construction presents in relation to the traditional ones. When there is total knowledge and control about the resources for a project, the waste is avoided and only the minimum necessary is used to make the building the best possible for its users.

The modular construction alignment with the concept of Green Building is evident, since it benefits from the new technologies for waste and raw materials management, adjusts to the standards of regulatory norms and values the best energy performance.

As much as this level of standardization compromises some factors, such as the customization of the works, the gains in competitiveness and sustainability in civil construction are countless and only tend to grow with the Information Technology, as you can see in the next item!

How do BIM tools advance in the field?

In order to make the constructive performance mentioned possible, the hydraulic, mechanical and electrical installations used in common buildings must be replaced by channels in a modular construction.

The fitting patterns of these channels need to be meticulous and their adoption extremely rigorous, so that the assembly is not compromised by problems caused in the communication channels, between wires, pipes and related items.

Such precision is only guaranteed through tools capable of providing a detailed measurement of the components, and which have the ability to plan each part accurately, through a reliable 3D view.

In order to deal with this challenge, the BIM technology application in construction projects is increasing and full of possibilities, providing absolutely all the data so that managers can detail the manufacturing demands.

Currently, the construction management software stands out in the market, providing greater control and profitability for companies in the construction sector, through resources that can be perfectly integrated into a modular house or other related construction.

Its functionalities may include collaborative project management, real-time transmission of data at the construction site, organization of occupational health and safety, quality criteria control, formal delivery and receipt process, in addition to all post-work, such as technical assistance, service requests and periodic control.